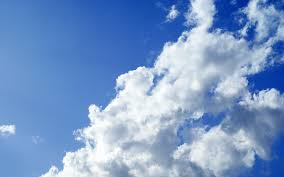 As we can clearly see, the Moabites carried a very shameful past. A past that even today (2011) could destroy your possibilities of prospering forever. Basically, you have two seemly young ladies who felt that the way to keep their family’s existence going was by getting their father drunk and having sex with him. Genesis 19:31-36 tells us the story:

The bottom line is that the Moabites serve other gods; even as they were descendants of Abraham, also. Lot was actually Abraham’s nephew, but not a part of the promise given to Abraham. The amazing fact about this story is how God can take a shameful situation and turn it around for good. Ruth was to become the great king David’s grandmother, but also, she carried the amazing privilege of being a part of our Saviors genealogy.

I am sure you have some shameful situation where you were directly or indirectly involved in something you hope the world will never know! I am sure that many have a past that is constantly hunting your present and stealing the wings of your future. I don’t know what it is! However, if, like Ruth, we abandon our gods and our worthless ways and go wholeheartedly after Jehovah He will turn things around for good. God wants to take us from shame to glory!