Today, August 9, 2011, marks one year since I started
this blog! All glory and honor be unto
to God!

Today, August 9, 2011, marks one year since I started
this blog! All glory and honor be unto
to God! If you ever had the chance to read this blog, you have seen my
heart, my tragic and shameful moments, you have seen pain, my challenges, my
moments of frustration and moments of great distress. However, you also saw God’s
grace, His mercy, His power of redemption and the hope that is now embedded in
my heart by the Holy Spirit. You have seen growth, you have seen the Holy Ghost
Revelation, and you have seen transparency. Beloved, I am a failure on my own,
but with God in me I have no limits.

I started writing on a consistent basis for jaxchristian.com by the personal invitation of
Presbyter Jose Bosque who is the Founder and CEO of this very successful site.
It was also Presbyter Bosque who encouraged me to start this blog. My sincere
thanks to you and your team at jaxchristian.com.

I also want to thank my son Angelo, who edited 99.9%
of the articles written by me. He also, wrote a couple of wonderful articles himself!
He, without a doubt, will be a better writer and a better singer than I, and
that makes me feel good! Thank God for his dedication and for his heart.  Thank God because he is always willing to
edit my articles even when he’s tired. I am so proud and so thankful that God
has given me a son like him.

Also, my sincere thanks to Mr. Dennis Owen, because
God used him to encourage me to keep writing; there was a time that he probably
commented on every article I had written. At times, his comments where larger
than my articles. He makes me think and at times, he gives me a Holy Ghost
Challenge. Thank you so, much for your friendship. I also must thank my good
brother and friend Nelson Pacheco; he encourages me in ways that he probably
will never know.

My sincere thanks to Pastor Wallace for his continual encouragement.
I am really looking forward to working with him side-by-side during this season
of our lives.

Thank you, to all who read my blog; I truly thank God
for you. You all have allowed me to see that there is a place for me in this
world of writing.

Lastly, I want to thank my future wife Rayette,
because even after all that she read in my blog, she still loves me and my
children; I can’t wait to make you my wife!

Many are still bitter over an old friend, over what a parent said, over failed relationships, divorces, etc. God dealt with Job’s friends harshly; Job’s friends were clearly in the wrong, but Job needed to forgive them before God released the blessing over Job’s life. 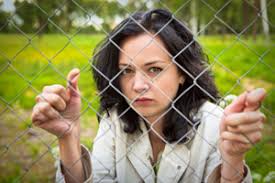 “See to it that no one comes short of the
grace of God; that no root of bitterness, springing up, causes trouble, and by
it many be defiled” Hebrews
12:15

What is bitterness? It is hostility, it is anger, it is
animosity and many other unpleasant feelings. Bitterness disconnects us from
the grace of God; we limit God’s hand and His work in our hearts when we choose
to be bitter. Bitterness causes trouble in our lives and it is bitterness that
causes our lives to be defiled (Corrupted, tainted, ruined, etc). We will never
be able to grow in character, in the things of God and in our call until we
allow God to deal with the bitterness in our hearts. It has nothing to do with
who is right or who is wrong; it all has to do with you and your willingness to
forgive. Bitterness comes into our hearts when someone does something that
greatly offends us. Little by little it grows so, much that it becomes a strong
root that will eventually spring up in our lives.

Many are still bitter over an old friend, over what a
parent said, over failed relationships, divorces, etc. God dealt with Job’s
friends harshly; Job’s friends were clearly in the wrong, but Job needed to
forgive them before God released the blessing over Job’s life. So, we can’t
limit the bitterness argument to who is right or who is wrong. As I said
before, circumstances and people have a way of revealing what is truly in our
hearts.

When I received Jesus Christ as my Lord and Savior, one
of the first things that I heard in my spirit from the Lord was to call the man
that tried to kill me in that dark road. I called my Mother in Law, who was
this man’s sister, and asked her for his telephone number. At the time, I was
residing in Jacksonville, Florida and this man was in my hometown. She gave me
the number and when I called and introduced myself; there was a silence on the
phone; this man was clearly terrified of me, even after over six years from the
time of the incident. He accepted my apology and apologized himself; but I
could feel that something was not right. I left it at that. three years later; about
nine years from the incident, I went to Puerto Rico for a one week vacation.

I was taking a walk and I saw him entering his car; when
he saw me, he sped up. A couple of days after that, my grandfather passed away,
which caused me to stay a few extra days. During that time, we had some heavy
rain in my community and the old creek was flooded. That was always a show for
everybody to see. There were a lot of people from my community looking at the flooded
creek; among the people was this man. I went to him. Everybody knew of our
story; everybody knew I hated him; but I was now a Born Again Christian and God
had done a work in my heart. I approached this man and gave him a huge in front
of everyone. Everyone was shocked. That was the greatest testimony I was able
to give them, that God has indeed, done a work in my life.

Many years ago, before my days as a Christian, I had a man that literally, wanted to take my life. On a dark road in my little barrio Arenas in Puerto Rico, this man furiously came after me with a long piece of metal.

Many years ago, before
my days as a Christian, I had a man that literally, wanted to take my life. On
a dark road in my little barrio Arenas in Puerto Rico, this man furiously came
after me with a long piece of metal. He swung over and over yet, by the grace
of God, I was able to avoid him hitting me. There was no justifiable reason for
him wanting to kill me, but the hate of his family and mine was jumping from
generation to generation. At the time when this man wanted to take my life, I
was severely injured from playing basketball a few days before this encounter.
My left ankle was painfully twisted and swollen; I was unable to place any
weight on it to even balance myself properly. This man wanted to take advantage
of that injury as he knew that I was not going to be able to properly defend
myself.

A young man that was coming down the street yelled my
name as he saw what was to taking place; to this day, I thank God for this kid.
I was getting tired of balancing my body with one leg and avoiding contact with
this metal; I was in a very difficult and dangerous situation. As the young man
yelled my name, this attacker ran to his car and left. I went back to my house
furious and already planned my revenge. The young man’s dad came to my house
inquiring about what happened; he was a former police officer who knew the man
that attacked me very well. This former police officer gave me a good advice;
he said: “Angel, you are younger and stronger than
this guy; if you go after him after you get well, he will be able to get you in
jail. You should call the police and make a formal accusation, that way you
have something on record when the time comes to confront this guy.” I took the advice;
later, this man was fined by the court. However I still had a great desire to
hurt him.

For the next few months,
after my ankle was healed, I looked for ways to fight this guy. I would yell at
him, physically push him, etc. But, this man was terrified of me! The hate that
I carried in my heart for this man was very deep. Years later, as I moved to
Jacksonville, I still remember finding myself happy among a group of friends
and then the mention of his name would anger me in such a way that my mood
would change. I still verbalized threats against this man. This man was, by the
way, one of my late wife’s maternal uncles.

This man, many years prior to our confrontation,
publically humiliated my paternal grandfather, by slapping him. That did not go
well with my uncles, who took care of business very quickly in defense of their
dad. The hate grew; then, it was me and my little brother hating the man.
Bitterness was spreading like a deadly tumor…