Casiano’s Martial Arts
No comments on Announcing the Beginning of Good Fight Taekwondo and Kickboxing Academy in Hertford and Gates County, North Carolina 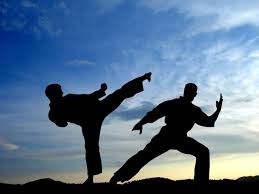 Hello everyone: Just to let you know that as of today, my new martial arts program, “Good Fight Taekwondo and Kickboxing Academy,” is officially registered in Hertford and Gates County, North Carolina. This is the beginning of a new journey in my life! “Good Fight Taekwondo and Kickboxing Academy,” is a Christ-centered martial arts program that will give students not only the tools to be good fighters in the natural, but more importantly, good fighters in the good fight of faith. For more information don’t hesitate to call me at 252-506-5374 or email me at angelcasiano@aol.com