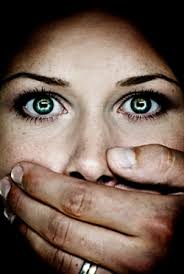 Martial Arts, even the styles that are just considered sports, offer many advantages. They help us with our coordination, physical condition, and mental condition. In all styles one can find techniques that could be useful to protect themselves. I heard the story of a boxer in high school. This kid recently moved to this school and he was not known. Apparently, because of his size, he was immediately the object for other kids making fun of and name calling. This boxer was calm and took the insults well; however, this other high-schooler decided to go further and not only insulted the boxer, but also placed his hands on him. That boxer opened a can of you-know-what on this kid. Even as many may not consider boxing an effective way of protecting yourself, the reality is that in this case, it was all that was needed. In many of my own street fights, it was all that was needed also. Any punch, kick, etc. can be use to defend ourselves.

A true Martial Artist is in this world to defend them self, his family, loved ones and those that are not able to defend themselves. We are not going to get in the way of the proper authorities; however, crime occurs in many occasions when the police are not around. We, as Martial Artists should be always willing to give our lives, if necessary, to protect those who can’t defend themselves. We, as Martial Artists are supposed to train day-in and day-out to be ready to do so at any giving moment. The Mechanic fixes the car, the Plummer fixes anything related to pluming, the doctor deals with the sick, the school teacher teaches the ignorant and the Martial Artist is called to defend. It should be the Martial Artist who steps in when a bully is expressing his evil ways on an innocent person, when a robbery is taking place, when a physical abuse is taking place, etc. Martial Artist should never ignore such situations, even if his/her only role is to call 911.

As I mentioned before, any fighting skill can be used for defense, however, there are techniques that are strictly designed for a person to defend him/herself that should be a vital part of any Martial Arts Program. I am talking about strictly, Self-Defense techniques. A good self-defense program goes beyond a black belt or a trophy; it is designed to give someone a better chance to survive if they find themselves in a place where their life, the life of their loved ones or the life of an innocent and defenseless victim is at risk.

We must stop approaching crime in a naïve way! The statistics are real and alarming! For the Christian in particular, there is this view that we are exempt from the evil that is out there. We have an enemy according to the Bible in John 10:10 that comes:

“…only to steal and kill and destroy…”

Satan’s only purpose is to steal all you have, to kill you if he has the chance and to destroy everything you’ve worked for. Just as God uses people to bring most of his plan to come to reality, the Enemy also uses people who are filled with his thoughts and ways of looking at life, to fulfill his only purpose.

King David was a man who loved God dearly; the Bible describes him as a man after God’s own heart. David also, in my personal opinion, was the greatest fighter that ever lived. However, when David found himself facing the reality that King Saul wanted to kill him, David did something about it…he ran from Saul! He did not wait for Saul to come and kill him; He defended himself the best way he knew how. No doubt that, at the end of the day, it is God truly defending us and He will provide supernatural ways of doing so, but we can’t have a naïve and stupid approach to the reality of Satan and what he wants to do. There will be times when we MUST defend ourselves…period! Beloved, the statistics are showing that Satan is fulfilling his purpose. According to the US Senate Report, one in five women will be raped during her lifetime. Other statistics show the following alarming numbers:

Recently, I had the opportunity to take a small version of a Women’s Self Defense Class with Master Mike Proctor. Master Proctor has the following credentials:

During his class, Master Proctor explained how one of his students, whom, prior to being, was raped, asked him to write a Seminar Class on Women’s Self Defense. Out of that conversation, Master Proctor wrote a six hour seminar strictly dedicated to this topic. Master Mike Proctor writes:

“Most of us know how to swim or perform a survival float, even if we don’t own a pool or live in a lake. We know what to do in case of a tornado or flood and we know what to do if our clothes catch on fire (Stop, Drop and Roll!) We need a clear plan of action to deal with violent crime.” (Athena’s Strategies Self Defense Seminar)

It is amazing how this simple knowledge has saved many lives when faced with these extraordinary circumstances. Master Proctor explained that the lady that asked him to write this seminar is an educator in her local school and this particular seminar has become mandatory for all high school girls to take and successfully pass before graduating from high school. Now, that is a group that has taken very serious measures in teaching the process of preparing for violent crime attack. What about you?

For more information please visit us at facebook.com/gatescountymartialarts or call us at 252-506-5374.

Lately, I have been experiencing an unusual contradiction. I find myself weeping, not because I am sad or in pain, but because of the overwhelming joy I feel as the direct result of God’s mercy and grace. God holds back the judgment that I deserve, declares me innocent, forgave me and on top of all that, as if that is not enough, He also blesses me with His incomparable grace as He blesses me beyond my comprehension. “Oh God, you are so amazing!” I say from the center of my soul; for the enemy had a plan to destroy and even as I cooperated with that plan, God rescued me.

I saw my Lord blowing the trumpet of His mercy towards my life; the sound that terrified the enemy and melted my soul with such expression of love. I see the green pastures of God’s prosperity, I see the salvation of the Lord coming down from the mountains of impossibilities made possible, I see the glory of His hope shinning upon my dark hours, I can see now and walk in the promise land of a great future, I see the valley of dry bones that once served as the zeal of my death. Those bones are now rising and standing as a mighty army of the Lord in attention, awaiting the new instructions for an irrevocable call. God did not stop loving me; God did not give up on me! The rainbow still decorates the sky after my storms, announcing that it is not over, that it is just the beginning. This journey will be extraordinary and victory is certain.

I am more than an over comer, not because of me, but because of Him who is mighty, loving and merciful. To HIM and only to HIM be all the glory and honor and power forever and ever AMEN!