Dealing With the N Word 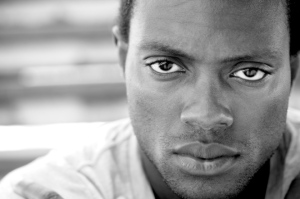 I was a counselor in a Drugs and Alcohol Rehabilitation Long-Term Program for the Homeless in Jacksonville, Florida. It was a nice sunny afternoon in the River City and I was getting ready for a one-on-one session with one very special student. To protect his privacy I will not use his real name; I will use Michael.

Michael was a man; physically strong, with a rough voice, a rough intimidating demeanor, very opinionated and long braided hair. Michael was a black man. I also should add that Michael spent over fifteen years in prison for murder. Michael was cool, but when he was upset it was a sight to see! He had been in the program for about four months at the time and he was added to my caseload because of the degree of difficulty in dealing with his type of personality. I was in my early forties at the time and Michael was in his mid-fifties.

Michael had an issue with “White people,” and even as he confessed to be a Christian, he still had a hard time with White folks. Michael blamed the white man for a lot of his trouble. In that beautiful sunny day in Jacksonville my session with Michael got pretty heated as I was trying to encourage Michael to take responsibility for his actions and stop blaming the white man. Boy, did I see a side of Michael in that tiny office!

That day Michael raised his voice and asked me: “What do you know about what we go through as black men? What do you know?…” As I was sitting in my chair I waited for Michael to vent, at one point I thought that this man was going to physically attack me, but I was not moved. When he finally sat down, I calmly asked him: “Are you finished?” Michael sat back, laughed and said: “I knew you were going to say that.”

Michael was an outstanding athlete back in his day and he also went to college before everything fell apart. As we continued our session I wanted to know the root of where that rejection for white people came from. Michael took me back to his teenage years. He remembered riding his bicycle through a white high-middle-class neighborhood. There he saw the look a little white girl gave him as she yells at her parents: “Mom, daddy, there is a black man on our street.”

Michael told me that the little girl did not say anything else, nor her parents say anything to him, but in that little girls’ eyes he could see it all: “Disgust against him, fear and all the negative things you can feel for a person.” It was then that I told Michael: “And you became what you saw in that little white girl’s eyes!” That was a powerful moment as we both stood silent as if the Lord spoke a word to both of us.

See, people can say whatever they want to say about you or me (Good or bad), but as long as we don’t believe them, it will never affect us. But the look of that little white girl became a curse to Michael as he became what this white girl saw in him. That was a teachable moment not only for Michael, but also for me as a black Puertorrican.

But something else happened in that session as another deep thought crossed my spirit and penetrated my mind and soul. How scared is the devil of the Black Man in America that he has come up with a word to destroy them. We have all been called bad names at one point or another, but for the black man they have to live through being called a “Nigger”. This word has a very interesting history that is filled with contradiction. A contemporary basic definition of the word “Nigger” can be found on dictionary.reference.com nig·ger [nig-er] Show IPA

“The term nigger is now probably the most offensive word in English. Its degree of offensiveness has increased markedly in recent years, although it has been used in a derogatory manner since at least the Revolutionary War. The senses labeled Extremely Disparaging and Offensive represent meanings that are deeply insulting and are used when the speaker deliberately wishes to cause great offense. It is so profoundly offensive that a euphemism has developed for those occasions when the word itself must be discussed, as in court or in a newspaper editorial: “the n-word.” Despite this, the sense referring to a “black person” is sometimes used among African Americans in a neutral or familiar way. The sense referring to other victims of prejudice, especially when used descriptively, as to denounce that prejudice, is not normally considered disparaging—as in “The Irish are the niggers of Europe” from Roddy Doyle’s The Commitments —but the other uses are considered contemptuous and hostile.

a. A black person.

b. A member of any dark-skinned people.

2. Slang: Extremely Disparaging and Offensive. A person of any race or origin regarded as contemptible, inferior, ignorant, etc.

3. A victim of prejudice similar to that suffered by blacks; a person who is economically, politically, or socially disenfranchised.

But in the midst of all these insults, even as I studied the word Nigger, I found a hidden message from the Lord that marks the greatness of the American Black Man. No doubts that what the devil meant for evil, God will turn it around for good.

The root of the word nigger also is hiding a great meaning and prophetic purpose for the American Black man. Racendhistory.com tells us: “THE ORIGINAL MEANING OF THE “N” WORD HAD A CONNOTATION CONNECTED TO THE GODS.”

The word “nig…” used to be the most revered and sacred word in the universe. It was the “divine epithet,” and the people who began using the mother of all words that originated from this word which was sullied by the British, were the ancient Egyptians or better, the Khemites, who called their land, “Khemet” or “The Black Land,” and also used the name, “Ta-merri” or “The Beloved Land.”

The father of the “n” word was the word used by the ancient Egyptians for “God.” That word was “N-g-r” and as one can see, there are no vowels in this word. In the ancient African and even the present African languages (the Afro-Asiatic linguistic family) vowels such as “a,e,i,o,u” are not found in many translations, particularly of ancient Hebrew and Egyptian languages.

Ever wonder how one group can use this word and be a reason for murder and then be used so loosely by others? You can see it in these root definitions how the word “Nig” used to be the most divine word in the world at one point. In its roots we can find definitions such as: “Beloved Land”, “The Black Land” and even “God”. However, on the other hand we see the same word defined as “Inferior”, “Ignorant” and all of the negative adjectives you can imagine.

Through our history we have seen many black men sacrifice or at least place their lives and their families in danger for the betterment of this great nation. Historians have done a good job in ignoring such contributions. But we have seen the power of the black men in full force through the lives of men such as Fredrick Douglass whose key role in the abolition of slavery in the US was totally ignored by the movie Lincoln; Men such as Bishop William J. Seymour; in my opinion, the greatest Revivalist in our history so far. And what can we say about Jackie Robinson? He was the first African-American to play Major League Baseball. We also know of the Reverend Martin Luther King who gave his life for the Civil Rights of Black people in America. And the list goes on and on.

The prophetic destiny for these men is amazing…that is, for the ones that believe in what God has to say about them and stop believing the lies and curses spoken against them. I say that the best for the Black men in America is yet to come. We don’t need the government to make it; we don’t need others to speak for us, we don’t need special treatment. We survived through slavery and we won the civil right movement; we are strong people, destined for great and mighty things. Our only dependency is on God! The voices of our fathers are cheering us on; listen to them and stop listening to the false prophets, false reverends and false civil right leaders. You have your freedom, be free now in your mind, you have God and much to be done…LETS GO and lets take the promise land of our destiny!

One response to “Dealing With the N Word”