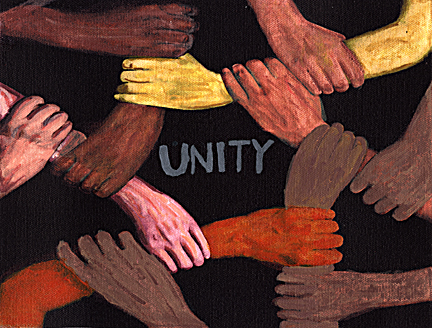 10 Reject a divisive man after the first and second admonition, 11 knowing that such a person is warped and sinning, being self-condemned. Titus 3:10-11 (NKJV)

We can say that Titus 3:9 gave us what we absolutely need to avoid. We can argue that through the years, those are the things we are confronting. Perhaps that is the reason why find ourselves in the mess we now are as the church. However, we must closely explore Titus 3:10-11 as we look at what we are called to face. Looking at some definitions we find the following,

Now I urge you, brethren, note those who cause divisions and offenses, contrary to the doctrine which you learned, and avoid them. Romans 16:17 (NKJV)

We, as the Body of Christ must be united. Before the second coming of our Lord Jesus Christ we will be united; I don’t know how, I don’t know when, but we will be one. Going back to Titus 3:10-11 lets explore some key definitions,

10 Reject a divisive man after the first and second admonition, 11 knowing that such a person is warped and sinning, being self-condemned. (NKJV)

When we talk about Admonition we are talking about giving a warning. Giving warnings involved talking and confronting the person that is bringing divisions in the Body of Christ. I know that many of us like to be passive. We like to wait and we hope for everything to go away, but that is not what the Bible is telling us here. Confronting anybody, especially somebody you love, is very uncomfortable, but it must be done.

Beloved, we must be passionate about keeping the unity of the Body of Christ, but I am afraid that passion for unity is nowhere to be found. Everybody is doing his or her own thing. If they don’t like something they just leave and spread bad rumors about the place they left from. They jump from congregation to congregation looking for that teacher that will say what they want to hear.

Churches have become social clubs where nobody wants to preach the Gospel for fear of offending somebody. The reality is that if you do preach the Gospel, if you do confront the things you are called to confront, you are not going to have a large congregation and you will not be on TV. Beloved, you will be ridiculed, you will be accused of judging, of being insensitive, a fanatic, etc.

The world can do and say whatever they want to do and say. It becomes an issue for the church when the world wants to bring that garbage to our local congregations. That garbage is designed to divide us, it is then that we must be bold, confront and fight for our unity.

If somebody is among us in our local churches gossiping, spreading rumors and speaking against our leaders and the things we stand for, these people must be confronted and not ignored. They are predators in an assignment from the enemy to take the minds of our brothers and sisters, especially those that are young in the faith.

Let the false religions be exposed for what they are, but may the Body of Christ, the Bride of our Lord, be one.