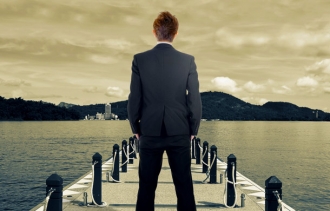 As Christians we must discern between making decisions, following instructions and leading. We must be about God’s business; we must be doers of God’s Word according to James 1:22,

But be ye doers of the word, and not hearers only, deceiving your own selves. (KJV)

When God’s will has been revealed to us through His Word and we still insist in doing whatever we want to do, we are deceiving ourselves; in other words, we are fooling ourselves.

But if he will not hear thee, then take with thee one or two more, that in the mouth of two or three witnesses every word may be established. (KJV)

There are also situations that are very clear in the Bible in terms of what to do; we just need to do what the Word says. However, there are times when we are in the midst of making decisions, where to go? Accepting a job, moving out of town, etc. It is here that we must take the time to discuss and wait on the confirmation of the Lord.

What about leading? When do we lead? When the will of God has been revealed through His Word and everybody around you is paralyzed by their own pride, fears, personal agendas, ignorance and/or laziness somebody must take the lead and be bold enough to insist on the truth of God’s Word. Somebody must refuse to compromise.

What about you? Have you received your instructions already? Then go and do what the Lord told you to do with boldness. Are you in the midst of making a decision? Wait on that confirmation. On the other hand, it may be your time to lead. You keep waiting for others to act, for something to change, for somebody else to take charge. Is it your time to lead? Don’t be a coward, don’t be afraid and go and lead; for the sake of souls, lead!!!!