Word with Prophetic Ramifications
Christmas, Navidad, the reason for the season
No comments on The True Spirit of Christmas

The True Spirit of Christmas 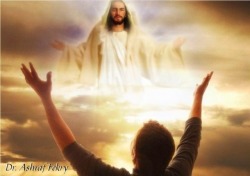 The essence of Christmas is that,  “…God so loved the world that He gave His only begotten Son, that whoever believes in Him should not perish but have everlasting life.” Christmas is about giving, not about receiving. Not that giving gifts to each other is a bad thing, for the Bible tells us in Acts 20:35,

I have shown you in every way, by laboring like this, that you must support the weak. And remember the words of the Lord Jesus, that He said, ‘It is more blessed to give than to receive.’” (NKJV)

But we must point out that giving here is not a Christmas thing, but a lifestyle thing. We place so much emphasis on giving and receiving gifts from and to each other that we literally forget about the birth of Christ. Did Mary and Joseph receive gifts on that day? If they did, it wasn’t important enough to record because Jesus was, is, and will always be the star of the show. Jesus’ birth, before and after, was surrounded by acts of worship to HIM.

8 Now there were in the same country shepherds living out in the fields, keeping watch over their flock by night. 9 And behold,[a] an angel of the Lord stood before them, and the glory of the Lord shone around them, and they were greatly afraid. 10 Then the angel said to them, “Do not be afraid, for behold, I bring you good tidings of great joy which will be to all people. 11 For there is born to you this day in the city of David a Savior, who is Christ the Lord. 12 And this will be the sign to you: You will find a Babe wrapped in swaddling cloths, lying in a manger.”

13 And suddenly there was with the angel a multitude of the heavenly host praising God and saying:

And on earth peace, goodwill toward men!” (NKJV)

36 Now there was one, Anna, a prophetess, the daughter of Phanuel, of the tribe of Asher. She was of a great age, and had lived with a husband seven years from her virginity; 37 and this woman was a widow of about eighty-four years,[a] who did not depart from the temple, but served God with fastings and prayers night and day. 38 And coming in that instant she gave thanks to the Lord,[b] and spoke of Him to all those who looked for redemption in Jerusalem. Luke 2: 36-38 (NKJV)

Do you see any reference that indicates that we ought to receive anything during Christmas? Absolutely not, we ought to be exited that we receive everything already. It was Jesus who gave us the ultimate gift. The focus ought to be in Praising Jesus. All of our excitement should be about HIM. Beloved, that is the spirit of Christmas!