A New Argument Against God 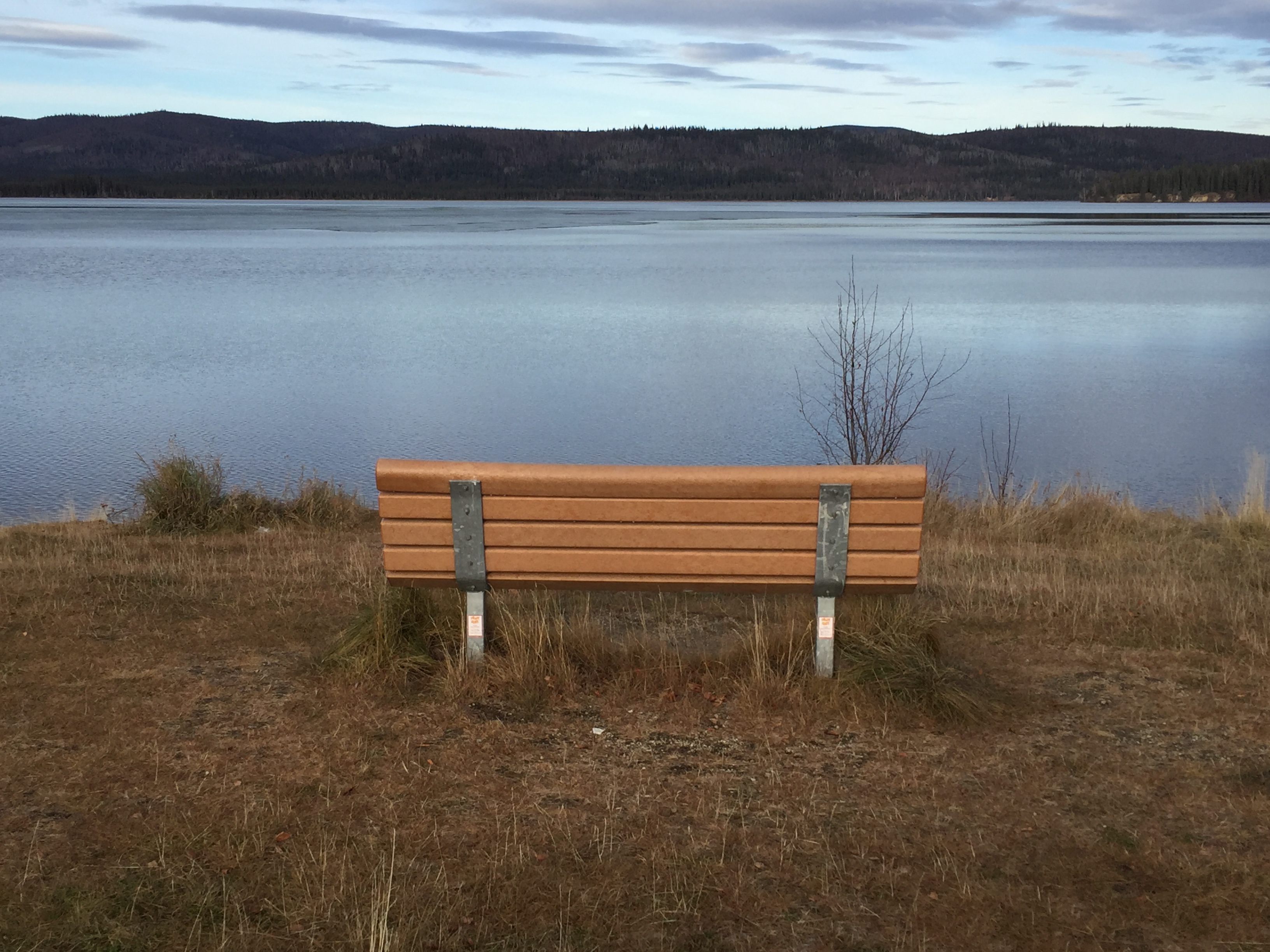 It is getting increasingly challenging for me to deal with apologetics; that is because I can’t do apologetics and ignore Biblical truth. As I study for this class and as I watch videos of Atheist vs. Christian Apologist debating God’s existence, I can’t help but to appreciate the power of God to save and transform a soul.

Nobody, absolutely no one, will come to the feet of Jesus via intellect. Ephesians 2:8-9 tells us, “For by grace you have been saved through faith, and that not of yourselves; it is the gift of God, not of works, lest anyone should boast.” (NKJV)

I look at these atheists arguing against God and I am left with a sense of anger, sadness and frustration. I honestly question why we even go further with the discussion. Romans 1:18-20 tells me that every human being knows of God existence.[1] Not only that God has made himself known, but God has written his laws in the heart of every human being according to Romans 2:14-15.[2] God has a name for those that argue against his existence; he calls them fools.[3]

So what do we do with the new argument against God? What do we do with the Worldview of the Advancement? I say they have the right to think what ever they want and in this country we are free, we even have the right to go to hell if that’s what we chose. But are we called to ignore these demonic ideas? Not according to First Peter 3:15, “But sanctify the Lord God in your hearts, and always be ready to give a defense to everyone who asks you a reason for the hope that is in you, with meekness and fear;” (NKJV) Surely this verse is not encouraging us to go around initiating debates with folks, but rather to be ready to give an apology when they ask us concerning the reason we believe what we believe. I will expand of this later.

What is the Worldview of the Advancement?

The Worldview of the advancement is another “high thing” that is attempting to exalt itself against the knowledge of God.[4] Bush defined this worldview as, “The idea of inevitable progress.”[5] This worldview is in total contrast to what the Bible states; in Matthew 24:35 the Jesus tells us, “Heaven and earth shall pass away, but my words shall not pass away.” (NKJV) Everything is dying, that is including us.

What is Wrong With the Worldview of the Advancement?

To whom am I answering this question? Without the supernatural intervention of God, who can intellectually convince these folks that their worldview is not only wrong, but also foolish? Who can stop a man and his love for sin and self-worship? That is what we learned from the story of the Tower of Babel, the start of this Babylonian secular system.

God himself made a statement that should help us in our apologetic endeavors. Genesis 11:6 tells us, “…now nothing that they propose to do will be withheld from them.” (NKJV) There is something in the heart of men that is unstoppable.

“The twentieth century saw the greatest advance in scientific knowledge ever known by mankind, together with an unparalleled rise of existential  despair. Existentialists themselves often attributed the rise of their  viewpoint to the rapid growth of technology and the accompanying  depersonalization of modern life.”

These modern worldviews insist in ignoring spirituality, absolutes, un-changing laws; not only spiritual, but also natural laws. The more I listen to these guys the more they make it obvious that they are not really atheist, but people that are angry with God and His established righteousness.

What Could Be the Christian Response?

If they care for our response, then we should be ready to give them one. However, our focus should be on what the Bible tells us our response should be, not on whatever system they have in place. They can mock our faith, which is a Biblical truth. Is it not our message foolishness to those who are perishing?[6] What make us think that we, on our own power, can change their minds? These are the days where the words of Isaiah the prophet have become truth, “Woe unto them that call evil good, and good evil; that put darkness for light, and light for darkness; that put bitter for sweet, and sweet for bitter!” Isaiah 5:20 (KJV). These are the days the Apostle Paul spoke about, “For the time will come when they will not endure sound doctrine, but according to their own desires, because they have itching ears, they will heap up for themselves teachers;” 2 Timothy 4:3 (NKJV)

First Peter 3:15[7] is about when to present our apology, what are we defending and how. 1) When do we present our apology? When they ask. It is not about us running looking to debate folks; is them coming to us with questions and we be found ready by sanctify the Lord God in our hearts. If we don’t get our hearts straight with God we have no business exercising any apologetic ministry; we will end-up doing more damage than God.

There is a certain way God wants us to live; He wants us to be holy, to pray to study and so on. 2) What are we defending? We are defending the reason for the hope that is in us. I can only defend the reason for my hope based on my testimony and the Word of God, two things that are openly and aggressively rejected by the atheist community. That is because they will never accept our testimonies and the Word of God as science. And 3) How do we present our apology? With humility and reverence to God; that is why our hearts need to be ready. How are we going to react when our faith is disrespected, when we are insulted and when people talk about our God any kind of way?

So what is the alternative? To engage in a never-ending intellectual argument? Like I say before, is not longer about science and the pursue of knowledge, is about an open suppression of God’s truth and about an open rebellion against God.

Many scientists like Albert Einstein, never found the need to surrender to God, they never gave their life to Christ and so on, but they where hungry enough for the truth to, at least recognize, the obvious existence of God.[8] That is not what we see today; in this modern environment it is virtually impossible to do any serious apologetics. This is just my opinion; I welcome insight!

Which of Bush’s Ideas are more Significant to Me?

Bush gives us the four basic beliefs of modern thinkers: “

“First, mankind evolved from animals. Second, the human mind and  human behavior are therefore directly influenced by our animal ancestry.  Third, all of reality is subject to naturalistic scientific investigation. Fourth,  truth is discoverable or at least confirmable by and only by the naturalistic  scientific method of research.”[9]

To this central way of modern thinking Bush offers five very strong objections. If I have to choose one, I choose the second objection. The fact that these atheist’s theories have not being proven in control environments should be an eye-opener for them, not necessarily to become Christians, but to be honest with themselves and to either admit that there is a “Designer” or, that they are indeed suppressing the truth.

I found it very appropriate to end this paper with some direct words by Bush,

“History rides on time, and the past is God’s reality, as is the future. The Bible warns that support for truth will decline as we near the final judgment, but God’s faithful, the elect, will always be able to recognize the  essential truth as God has revealed it. May there be many others who are not ashamed to proclaim allegiance to the name above every name, Jesus of Nazareth, the Christ, our Savior. He alone deserves the title, Sovereign       Lord.”[10]

[1] “For the wrath of God is revealed from heaven against all ungodliness and unrighteousness of men, who suppress the truth in unrighteousness, 19 because what may be known of God is manifest in them, for God has shown it to them. 20 For since the creation of the world His invisible attributes are clearly seen, being understood by the things that are made, even His eternal power and Godhead, so that they are without excuse,” Romans 1:18-32 New King James Version (NKJV)

[2] “For when Gentiles, who do not have the law, by nature do the things in the law, these, although not having the law, are a law to themselves, 15 who show the work of the law written in their hearts, their conscience also bearing witness, and between themselves their thoughts accusing or else excusing them)” Romans 2:13-15 New King James Version (NKJV)

[6] “For the message of the cross is foolishness to those who are perishing, but to us who are being saved it is the power of God.” 1 Corinthians 1:18 (NKJV)

[7] “But sanctify the Lord God in your hearts, and always be ready to give a defense to everyone who asks you a reason for the hope that is in you, with meekness and fear;” 1 Peter 3:15 (NKJV)