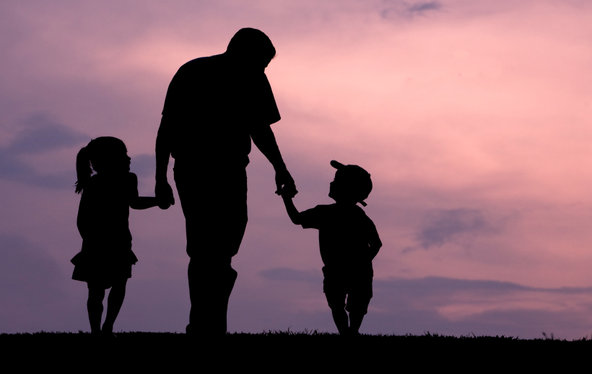 The idea that all we, as fathers, have to do, is pray for our children, and that is as far as our responsibility goes when faced with rebelliousness in our own home, can’t be further from the truth. The idea that our kids have some kind of free ticket to heaven just because we are Christians and, just because we pray, is even a more dangerous lie. These man-made liberal ideologies are destroying a whole generation of young people.

Prayer, without a doubt, is the greatest gift we can give our children. However, people forget that prayer is more than just talking to God. In addition, prayer is to listen to HIM and to do what He says to do. This “Time Out” new generation of parents is contributing to the destruction of lives, homes, societies and nations.

If we are Evangelicals, then we are supposed to be Bible believing and Bible honoring folks. My Bible tells me in Proverbs 13:24, “He who spares his rod hates his son, But he who loves him disciplines him promptly.” I am afraid we have a lot of parents hating their kids not even knowing they are doing so.

This kind of unbiblical mentality is part of the reason I am increasingly growing weary of this Charismatic Pentecostal movement that preaches and teaches a Gospel without responsibility. A Gospel without pain, where everybody is supposed to be healthy, rich and happy all the time. A Gospel without any uncomfortable emotion and a Gospel where any effort of anything is criticize. No need to study the Word, no need for seminary, no need for rehearsal, no need for preparation of any kind and… no need to discipline our kids or do anything else, but “just pray.”

My Bible also tells me in Proverbs 10:1, “The proverbs of Solomon: A wise son brings joy to his father, but a foolish son brings grief to his mother.” Beloved, our children’s spiritual condition will and should affect us as parents, did Jesus weep or was he emotionally detached from the suffering of family and friends after the death of Lazarus? Even knowing that he was going to resurrect Lazarus, He still identify emotionally with the people.[1] Have we lost that in the Charismatic world?

As it refers to us as fathers, the issue in general is not that we are super involved; it is in fact, that many of us, even in the church, are nowhere to be found. “According to the U.S. Census Bureau, 24 million children in America — one out of  every three — live in biological father-absent homes.  Nine in ten American parents agree this is a “crisis.” Consequently, there is a “father factor” in nearly all of the social issues facing         America today. But the hope lies in the fact that children with   involved fathers do better across every measure of   child well-being     than their peers in father-absent homes.”[2]

What about this guaranty ticket to heaven? Unbiblical. In The Old Testament we find examples of Godly men; men of great character, whose children did not follow after them; Prophet Samuel and King Josiah just to mention two. You may say, “well Angel, that is Old Testament stuff.” The New Testament encourages each one of us to “…work out your own salvation with fear and trembling.”[3] Fear and trembling! Have you notice the lack of respect and reverence in our own church services lately?

Stop watering down the Gospel! The reality is that if our children do not repent of their sin, if they don’t surrender to Christ, they will go to hell. Who is going to start preaching that again? Just as in the Old Testament children rebelled against their Godly parents and ultimately against God, it is still happening today; there is nothing new under the sun.[4] This water down of the Gospel is another accommodation of sin.

If a child lives in my home and he or she wants to rebel against my home’s basic rules, there will be prayers for sure, but there will also be discipline and there will be some activated rods if need be. Is it that not what the Bible says?

I am not against adults’ sons and daughters living with their parents as long as they are single and paying rent. However, if they insist in rebelling against their parents’ rules; it is perfectly ok for parents to tell them that it is time for them to find their own place.

Heaven is not guaranty and God has no grandchildren; you are either a child of God or you are not. People rebel against God all the time and guess what? They do rebelled against parents also.

So are we to lose hope? Absolutely not, but we better stop our little private interpretations of Scripture, our little cheerleading prophecies and dig deep into the Word  of God. We better deal with the reality of heaven and also, truly deal with the reality of hell. We better do what we have to do as fathers and make sure the blood of our kids are not in our hands. We better make sure we give them something to remember other than this heaven guaranty foolish theology!